Visitors to KWAG this week will notice something new on view in the lobby. As part of our ongoing commitment to showcase more works from our Permanent Collection, Curator Darryn Doull has selected two prints by celebrated Canadian photographer Edward Burtynsky for a short public appearance.

These selections come from a larger collection of 93 Burtynsky prints generously donated to KWAG by the artist over the years in appreciation for the Gallery’s early support of his career; his first solo public gallery exhibition was held here in 1985 and helped to establish his then-burgeoning reputation as an emerging Canadian photographer. 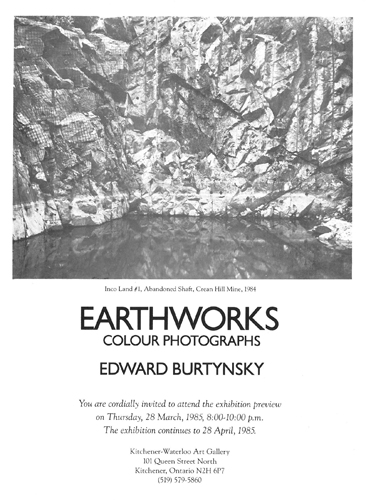 While we have had several occasions to display these works in recent years – most notably in his 2016 solo exhibition, Infinite Change – this new display narrows our focus to two related images of marble quarries that resonate with another of our current exhibitions. 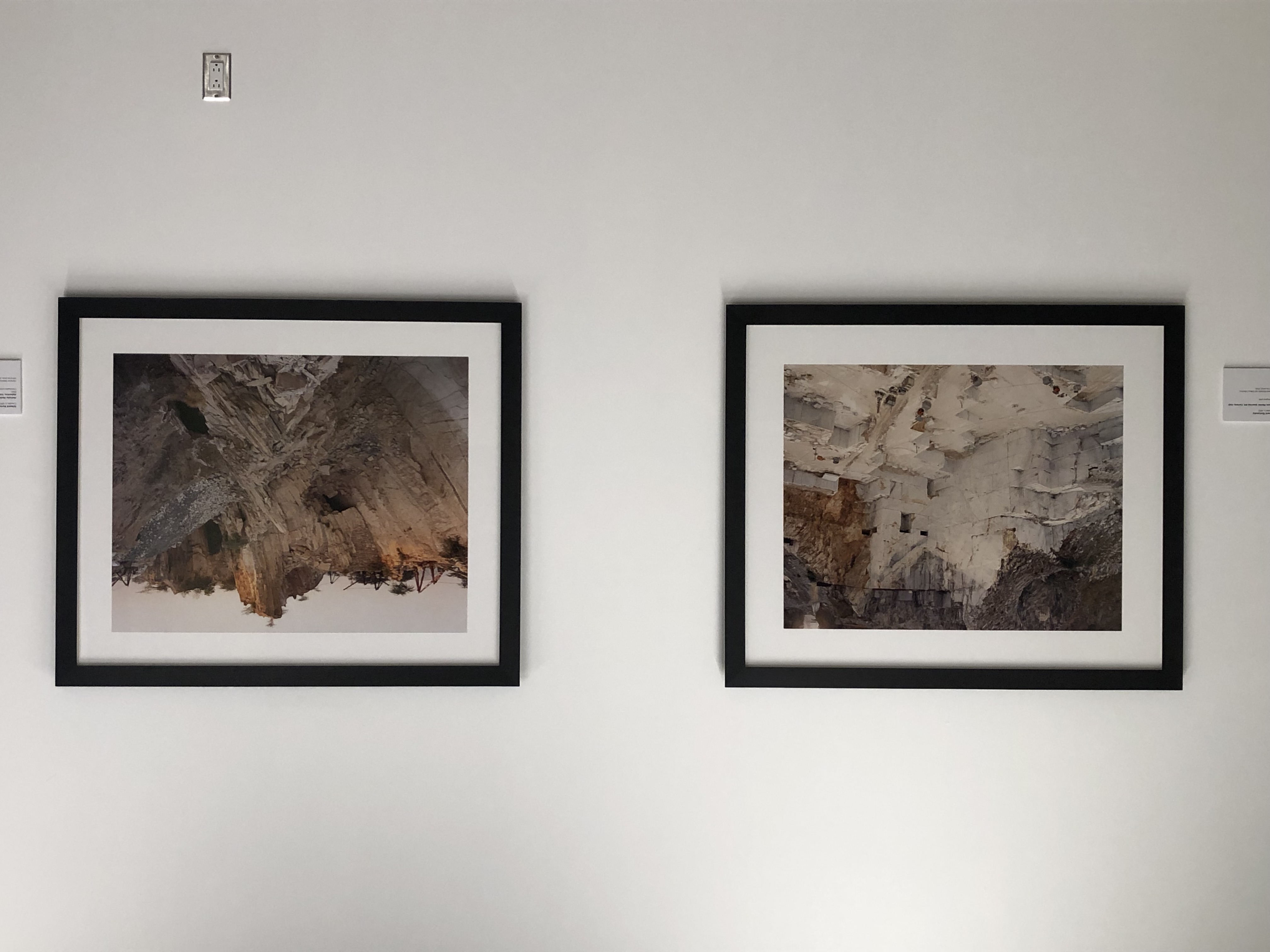 While looking at these two examples of Burtynsky’s many investigations of rock quarries, Darryn was drawn to their formal similarities to the fractured landscapes created by Yoshiki Nishimura in his 3D video, Shapes of Facts. While Nishimura’s discarded newspapers are a softer, more transient material compared to the immortality we associate with marble, we can recognize an immediate likeness between these landscapes of ragged edges and dizzying planes. 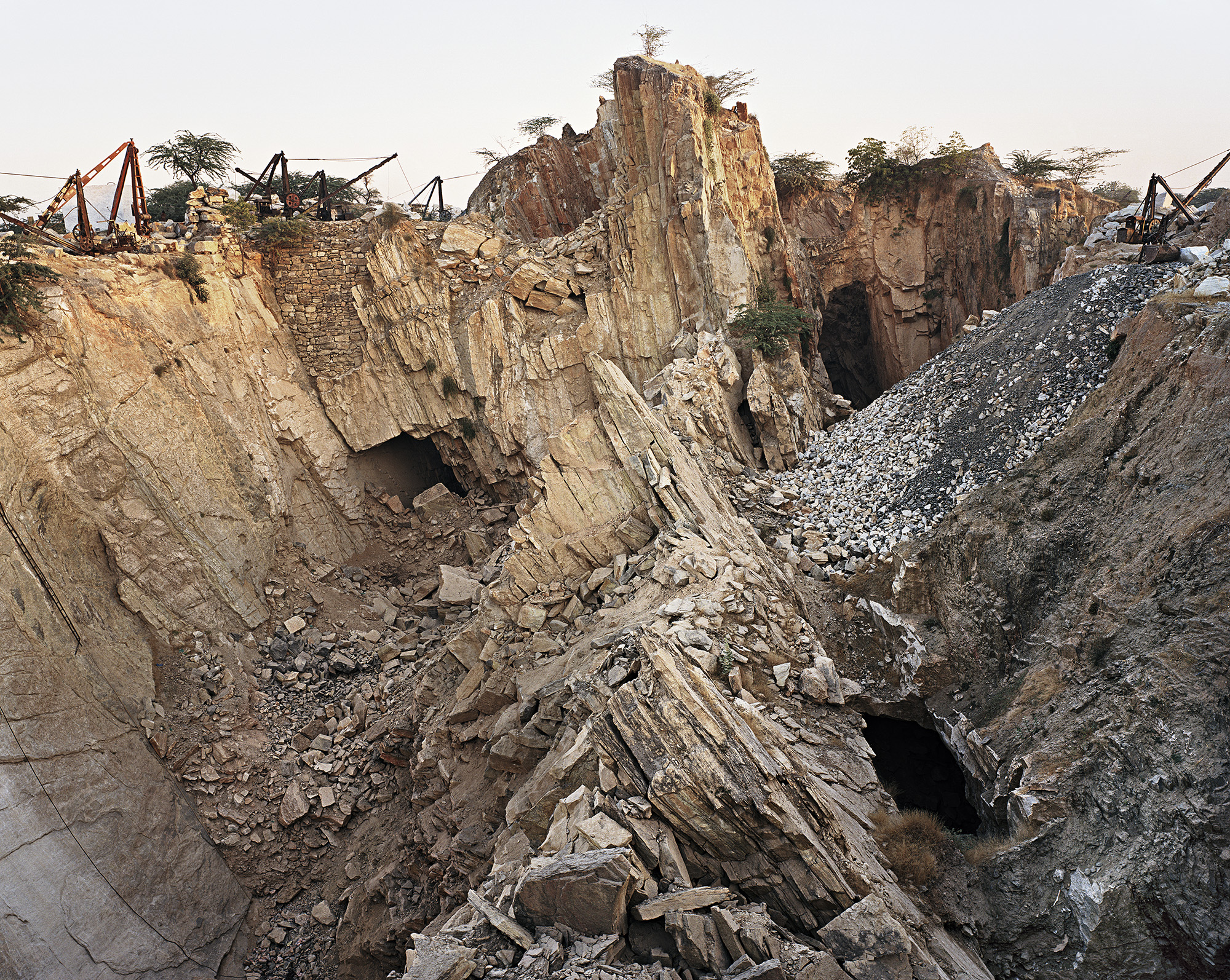 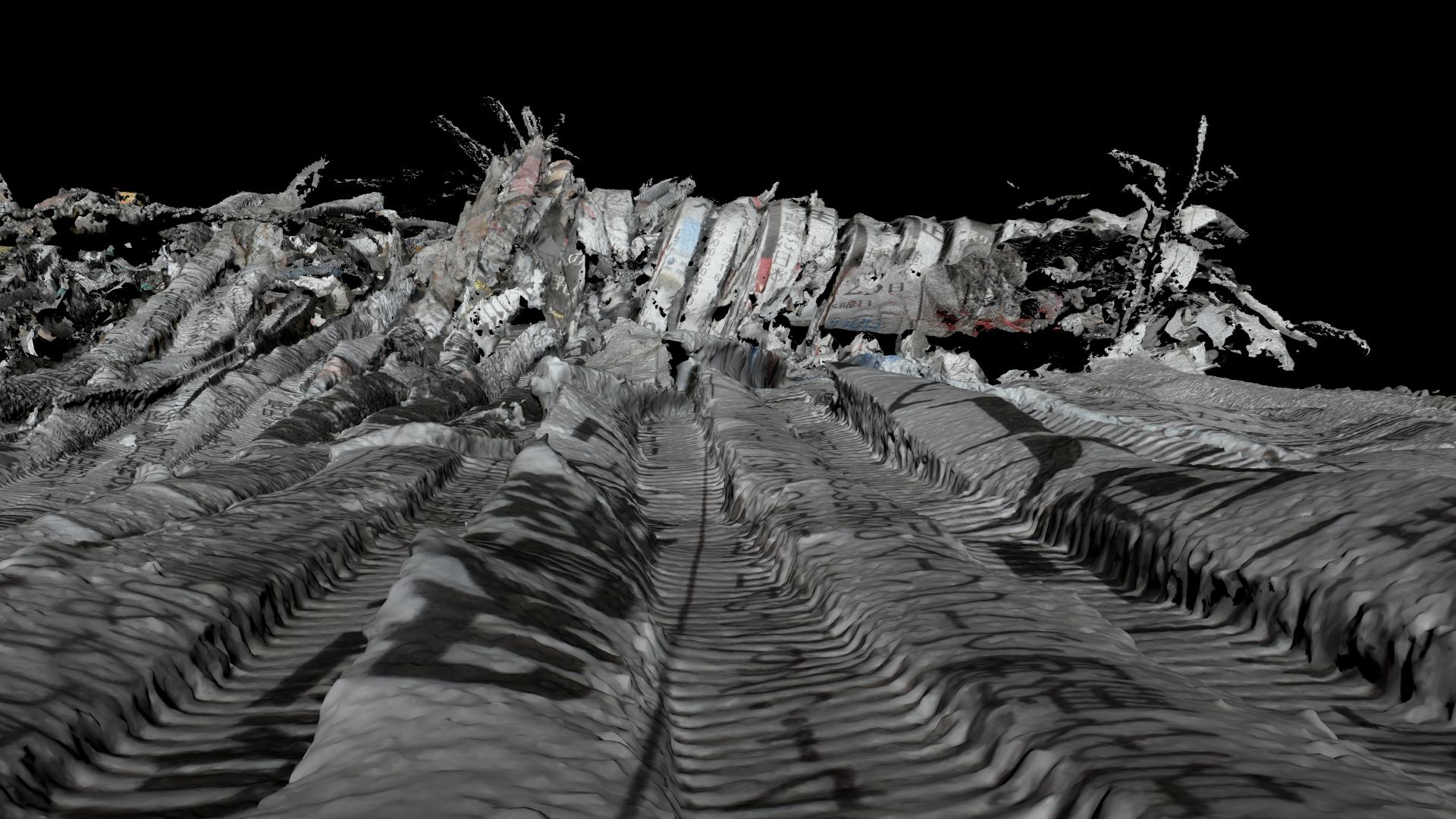 “Burtynsky’s landscapes, especially Makrana Marble Quarries #8, are uncannily similar to the digitized plots in Nishimura’s film,” Darryn noted. “Their sharp edges and shattered faces remind me of the digital artifacts and pixels of the 3D newspapers. One feels like broken shards and the other like building blocks or pixels. They literally ground the sort of aerial surveying that Nishimura suspends in space. ”

The sympathies between Burtynsky’s quarries and Nishimura’s digitally-rendered world extend beyond the visual, as both artists seek to capture truths about our present-day reality that are so vast and complex that they resist easy representation as a single image. “Nishimura’s critical lens turns toward mass media whereas Burtynsky’s looks toward industries of extraction,” explains Darryn,
“both huge assemblages of machinery. The former shows us that signs of truth and legitimacy may not be what they seem, whereas the latter reminds us of the environmental scars, impacts and scale of operations for certain consumer goods or objects of luxury. They both pull back the curtain, so to speak." 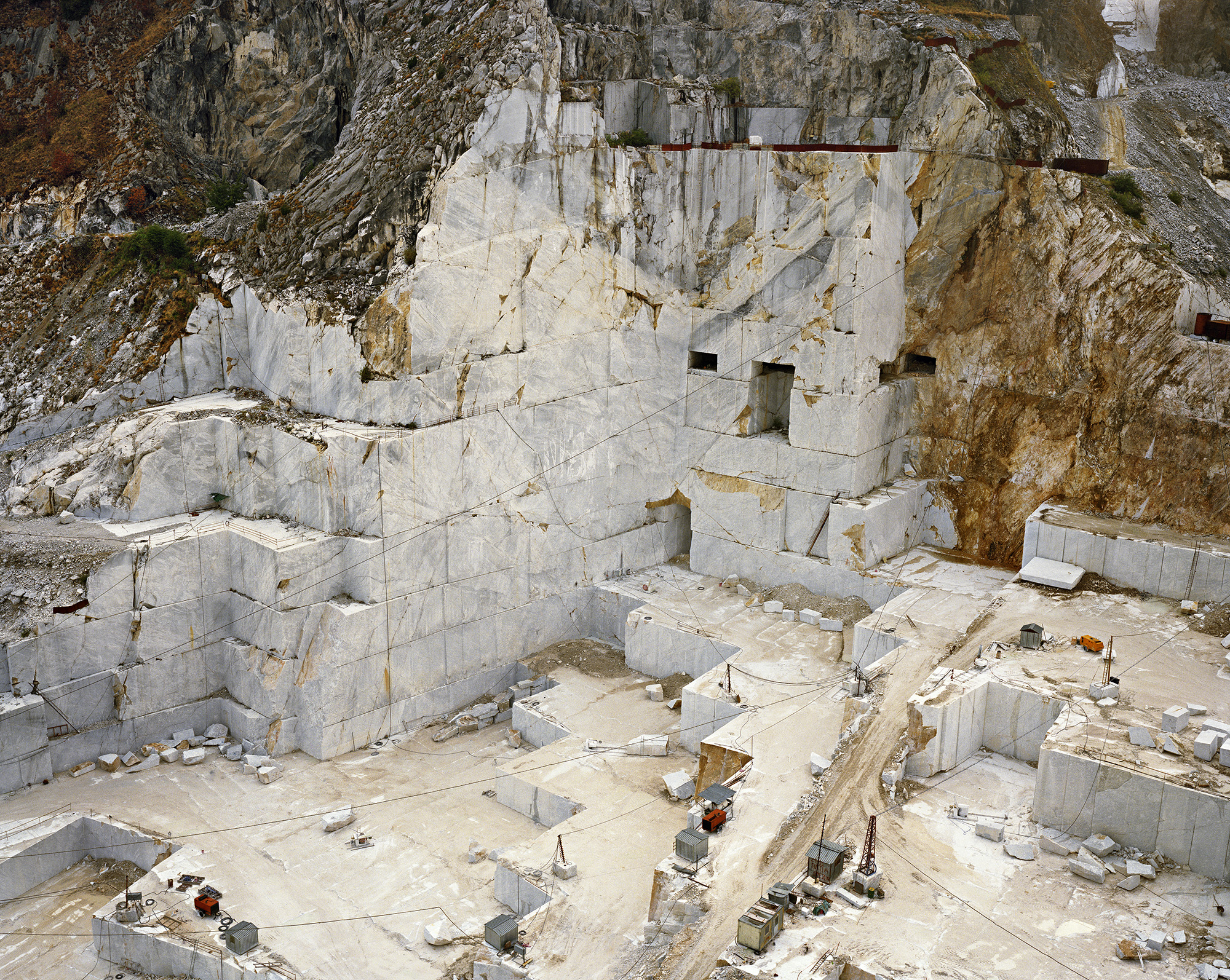 Rock quarries and mines have been a recurring subject of Burtynsky’s photographs since his early career, beginning with sites the St. Catharines-born artist was readily able to access in Ontario, Quebec and later Vermont. Only through international travel was the artist able to find locations that answered his need to capture extraction of a scale that truly carved a void into the world. At Carrara, he found a site where marble has been extracted over 2500 years, rich with a cumulative history of labour and the source of Michelangelo’s statuary. Filled with characteristic white light and orderly lines and curves, this image also reveals the banality of machinery, dwarfed by the mountains they have carved over centuries.

Speaking to this body of work in a 2016 interview, Burtynsky noted the balance of give and take that exists in these images: “they talk about our taking of a resource from the land. It’s about that accumulated taking – the residual evidence of that taking – and then nature bouncing back into the that void. You can see it struggling back into that space.”

These two Burtynsky photographs will remain on view at KWAG for the remainder of our run of Yoshiki Nishimura: Shapes of Facts, which closes soon on 16 January 2022.