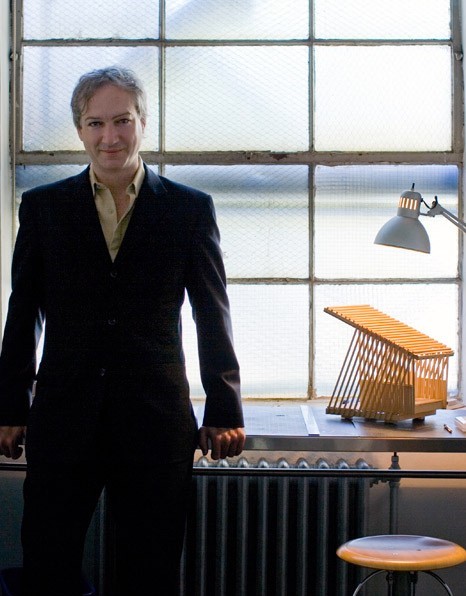 Paul Raff is an award-winning architect, artist and visionary thinker who holds degrees in Architecture and Environmental Studies from the University of Waterloo. While born in Montreal, he spent much of his childhood in the Canadian Prairies, to which he attributes his interest in landscape and atmosphere. His Toronto-based studio’s collaborative environment is dedicated to creativity of the highest calibre with a commitment to sustainability in architectural practices and materials.

Raff’s reputation for excellence was established at the outset of his career in 1993 with an award-winning design for Toronto’s waterfront redevelopment. His architectural experience includes involvement in world-class projects such as the Chinese Vice-President’s House in Shanghai and the Barcelona waterfront development. His art experience includes temporary environmental installations and permanent sculptural works such as the new Regina Gateway commissioned by the City of Regina. In 2001, Paul Raff became the youngest ever recipient of the Ontario Association of Architects’ Allied Arts Award for lifetime achievement. In 2009, Raff was awarded the Allied Arts Medal by the Royal Architectural Institute of Canada.

Culture Talks are presented in partnership with Perimeter Development Corporation, with support from the Grand Valley Society of Architects.

Please note that tickets to Culture Talks events are non-refundable.

Please help us and let your friends, colleagues and followers know about our page: Culture Talks: Paul Raff | Thursday 6 October