Recent Acquisitions to the Permanent Collection

Like many art museums, the Kitchener-Waterloo Art Gallery cares for a Permanent Collection of artworks that has been gathering and growing since our first acquisitions in 1957. Through generous donations and thoughtful purchases, KWAG has been steadily adding artworks to our Collection for all but eight of the years since then, resulting in a Collection that now numbers over 4300 objects.

From the first Group of Seven paintings collected by our four women founders – which came together well before the realization of a physical art gallery and were ultimately donated to the National Gallery of Canada – to our most recent acquisitions, works and artists in our Collection often reflect the trends and preoccupations of their time. These selections can commemorate an exhibition, enlarge the representation of artists preserved for future generations, and capture the ideas that resonated with the time of their creation.

The works that entered our Collection in the past year have been no exception. In addition to the accession of 41 works to complete the Joey and Toby Tanenbaum Collection of International Naïve Art, we welcomed works by artists featured in recent KWAG exhibitions including Lynne Cohen, Milutin Gubash and Adad Hannah. Each deploys the camera’s lens to fix our attention on both still and moving images evocative of our times. 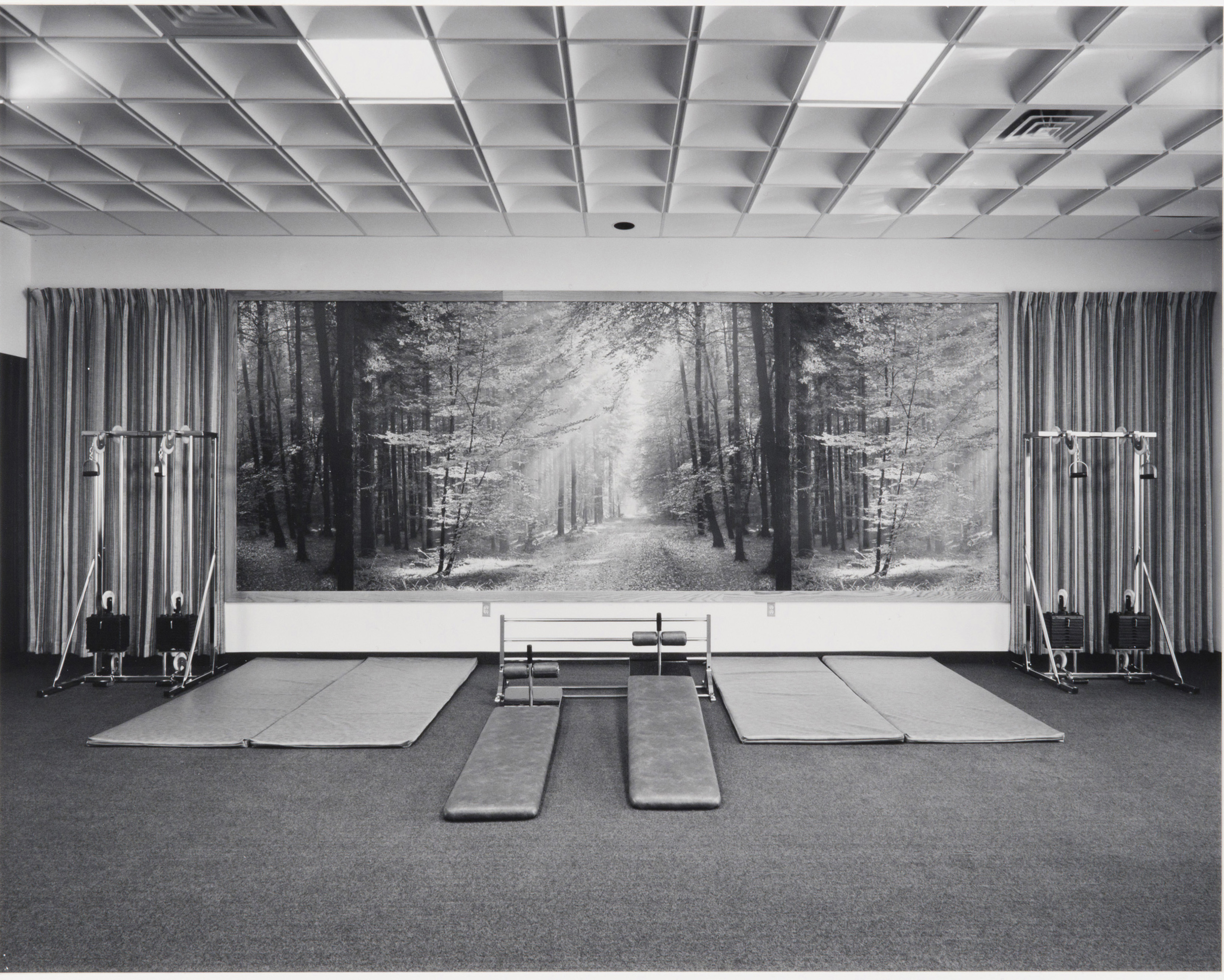 The work of late Canadian photographer Lynne Cohen has received closer attention in this past year for her haunting views of public interiors devoid of human activity. Images like Fitness Club, Kitchener, Ontario (1978) take on new significance today; as viewers, we can’t help but fill her formalized views with the ache of leisure activities lost to the pandemic. Exercise mats are spread on the floor in expectation of a return to normal behavior in some undetermined future, while the illusion of a forest view echoes a virtual form of living that has replaced many missed events with digital substitutions.

Given the scarcity of group activities in our lives, it’s tempting to look on Adad Hannah’s staged community performances as works belonging to a different era. However, the resonance of projects like Backyard Guernica is hard to ignore in our current political climate. For Hannah, whose practice often reinvents familiar images from art history, Picasso’s Guernica had long been a subject of interest: “I’ve been wanting to work with Guernica for several years, and in late 2016 after the election in the United States I decided it was now or never.” 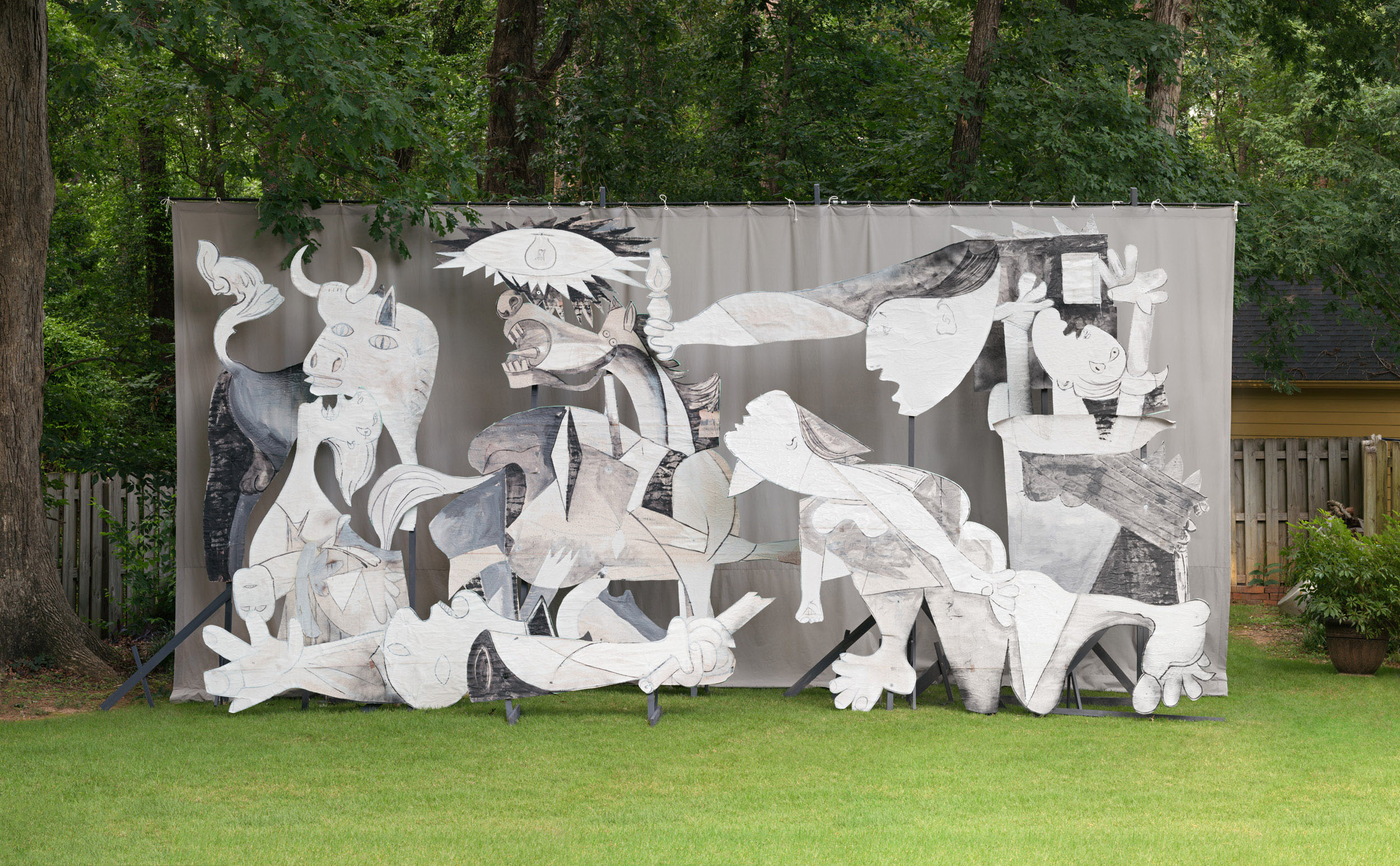 In the photographs and the video that constitute the Backyard Guernica project, Hannah re-stages Picasso’s 1937 painting in protest of the Spanish Civil War in cooperation with community volunteers from Augusta, Georgia in June 2017. In the newly surreal wake of the 2016 US presidential election, Hannah and his collaborators remade Picasso’s iconic work at its full scale using the materials commonly deployed for protest signs: commercial lumber, cardboard and house paint. Hannah weaves his collaborators through the foreground and background of this contemporary Guernica, ensuring that we see this massive image as complex, layered and inherently theatrical: much like national politics.

Historical wars against fascist forces enter the present as well through recent acquisitions from Milutin Gubash’s photographic series, Who Will Will Our Will? This project documents monuments and memorial sites in the Socialist Federal Republic of Yugoslavia that honour local uprisings against occupying Axis-aligned forces during World War II. Commissioned by veterans groups and local cultural organizations, these abstract public monuments can be considered as early forms of modernist counter-monuments – rejecting a long tradition of statues made in the likeness of leaders, their universalist forms invited future generations to construct their own meanings and build their own rituals around these sites. 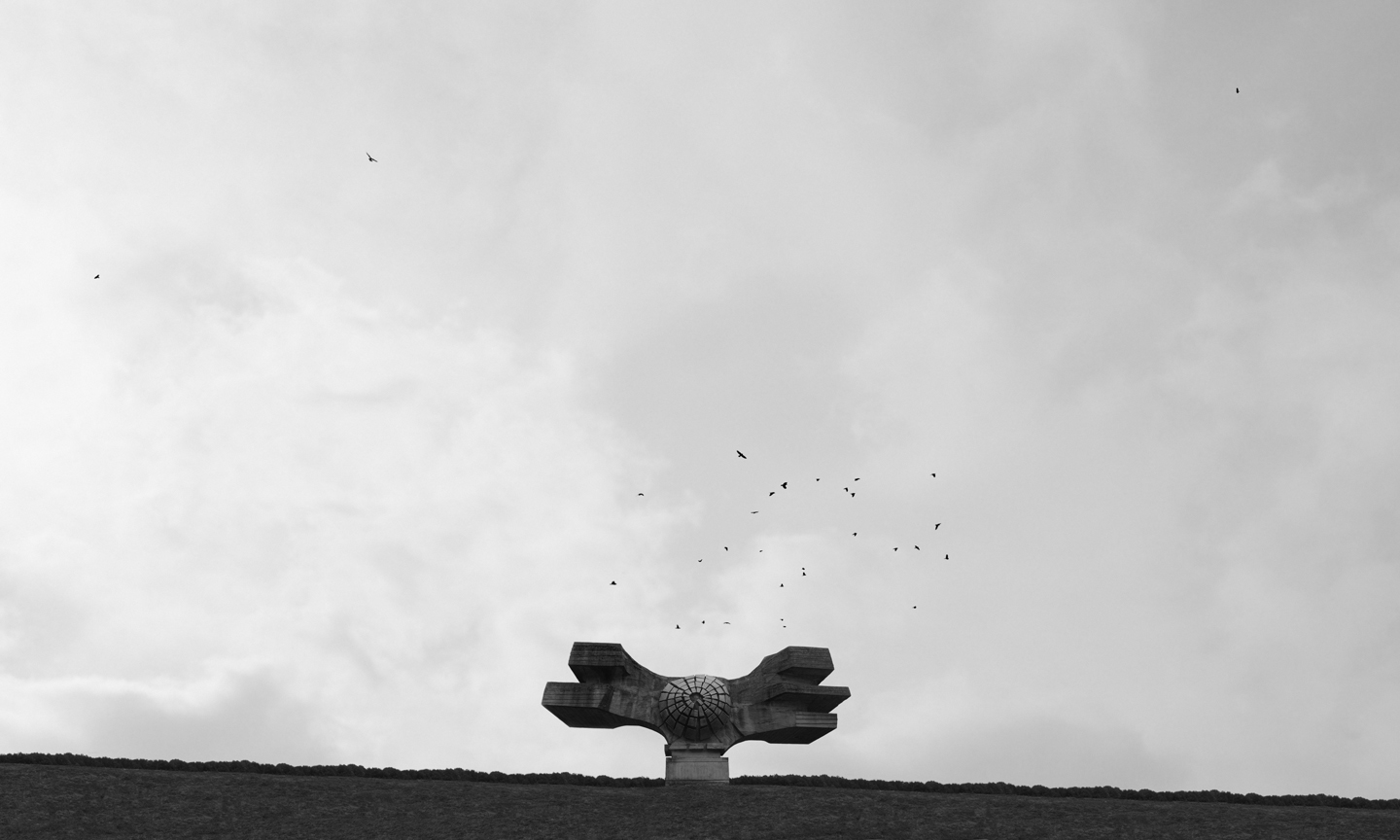 The utopian aspirations of these monuments are complicated by Gubash’s lens, which strips these sites of colour and obscures their monuments within a vast landscape that remains marked all the same by their intrusive presence. During the secession wars of Yugoslavia (1991-2001), sites such as these were vandalized by nationalists; others were left in disrepair, while some have been adopted into new national narratives. Highlighting those lost utopian aspirations, Gubash opens up the memorial sites’ ambiguous meaning and the tensions that can spring up between a people and the monuments that shape our public imagination.

By collecting these artists and their works, KWAG ensures their ideas remain active in today’s conversations – ready to be enjoyed in exhibitions of our Permanent Collection, and safeguarded for the understanding of future generations.

Explore all KWAG has to offer in both virtual and in-person activities.