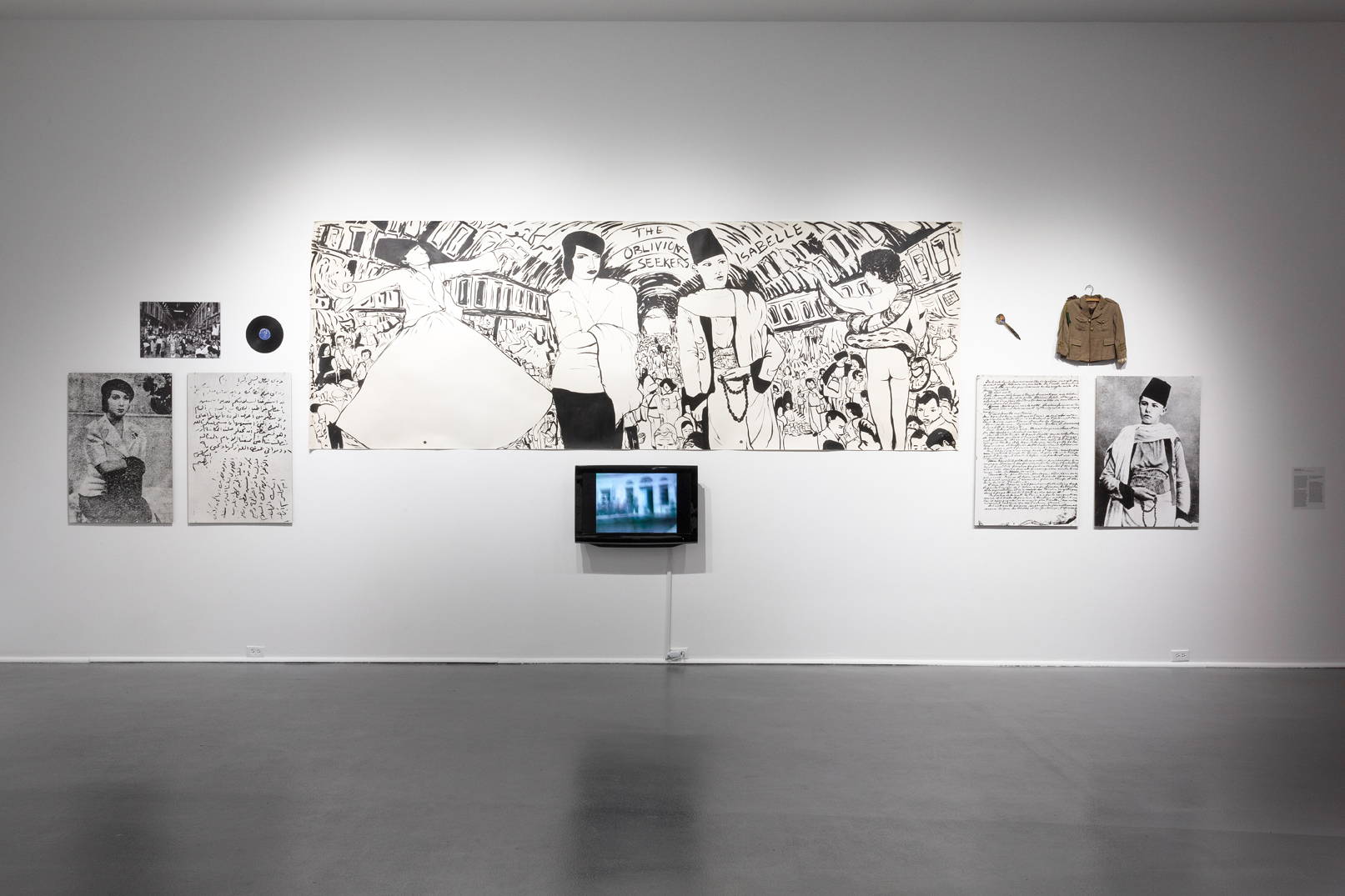 Working across a variety of media and often addressing history’s marginalized chapters, Jamelie Hassan’s career since the early 1970s can be characterized by its close examination of cultural customs. The Oblivion Seekers assembles found and created components that situate identity somewhere between the often-simplified binaries of ‘Western’ and ‘Eastern.’ Within this shifting space, Hassan interrogates colonial archives to highlight joy and perseverance in activist gestures.

The Oblivion Seekers illustrates both lived and imposed interpretations of Islamic identity. The ten components include a dominant ink drawing that reflects both genuine and Orientalist imagery; rearticulated archival images; a small lacquered wood souvenir spoon; a child’s jacket (gifted to Hassan’s younger brother by their Uncle Hanny); and a vinyl recording of Prof. Elie Younes and his Orchestra. Central among these is a short video loop that combines black and white local news footage documenting the first Muslim convention in Canada, organized and hosted by members of London, Ontario’s Muslim community in 1955, with colour 8mm film from the Hassan family’s home videos. Members of the Hassan family, including the artist herself at the age of 7, appear in the archival news footage – a discovery that resonated in Hassan’s work for years to come.

Jamelie Hassan, born in London, Ontario, is a visual artist who is also active as a lecturer, writer, and independent curator. She has organized both national and international programs including Orientalism and Ephemera, a national touring exhibition originally presented at Art Metropole, Toronto, and most recently Dar’a/Full Circle for Artcite Inc. in Windsor, ON. Her work is represented in numerous public collections in Canada and internationally, including the National Gallery of Canada (Ottawa), the Vancouver Art Gallery; and the Library of Alexandria (Alexandria, Egypt). Recent exhibitions include Here: Contemporary Canadian Art, curated by Swapnaa Tamhane, Aga Khan Museum (2017); Toronto: Tributes + Tributaries, 1971–1989, curated by Wanda Nanibush, Art Gallery of Ontario (2016–17); In Order to Join: The Political in a Historical Moment, organized by Museum Abteilberg in Monchengladbach, Germany (2013–14) and Mumbai, India (2015). Recipient of numerous awards, in 2001 she received the Governor General’s Award in Visual Arts, and in 2018 an honorary doctorate from OCAD University. 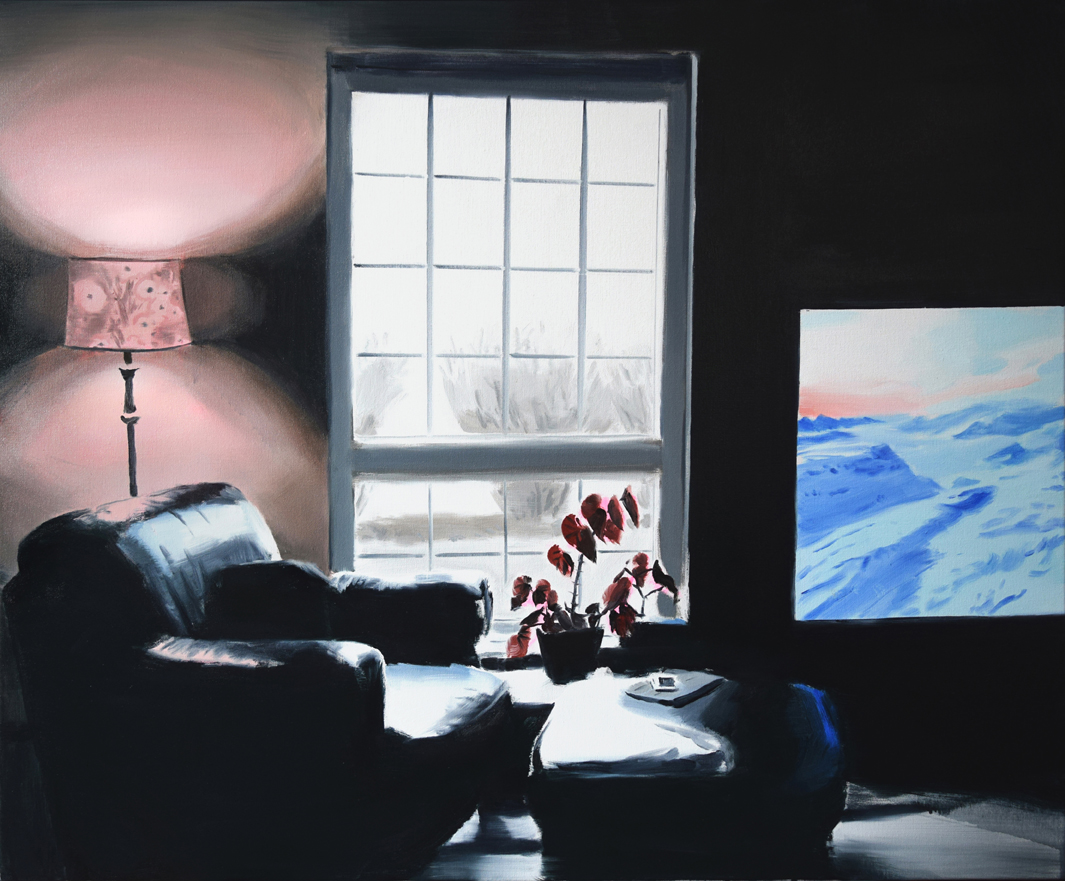 In preparing a new body of work for inclusion in The Brain is wider than the Sky, Rhodenizer revisited a period of transformation in the life of the influential American expressionist, Marsden Hartley. During the mid-1930’s, Hartley fell in love with Blue Rocks, a small fishing village in Lunenburg County, Nova Scotia. Hartley’s time in the region was shaped by his fondness for the Masons, a fishing family who had taken him in as a boarder. Living in near isolation and in close proximity to the ocean, the Masons sought comfort and support from one another. To be with them, was to be one of them. When a violent storm off the coast of Blue Rocks tragically took the lives of the two Mason sons, Hartley was overcome with grief. The work he made during that period focused on the Mason family dynamics and the cruel landscape that had wrought such pain.

Taking cues from Hartley’s maritime experience and correspondence, Amanda Rhodenizer’s Casual Frontier series considers how intimacy can shape a dynamic between guests and hosts. In making this series, Rhodenizer staged photo shoots at a rented beach-side home in Blue Rocks. Her subjects are often shown in tandem – the home owner and a model as guest. They peer through glass, and at times through each other, fixing their gaze on objects or events in a local “elsewhere”. Rendered in greyed hues, her interior compositions are sometimes punctuated by a vertical line that conveys the threshold between two rooms while symbolizing the distance–both emotional and physical–that separates her subjects. KWAG is thrilled to make Casual Frontier, the titular work from this recent series, one of our newest acquisitions for the Permanent Collection. We look forward to sharing this work with our public for years to come.

Born in Bridgewater, Nova Scotia, Amanda Rhodenizer currently lives and works in Waterloo, Ontario. She earned a BFA from the Nova Scotia College of Art and Design in 2006, and an MFA from the University of Waterloo in 2014. Solo exhibitions of her work have been held most recently at ARTsPLACE Artist-Run Centre in Annapolis Royal, NS, and Open Sesame and Rotunda Gallery, both in Kitchener. Her work has also been included in numerous group exhibitions, notably at Art Mûr, the Orillia Museum of Art & History, and the Art Gallery of Nova Scotia. In 2017 she was awarded a residency at the Doris McCarthy Artist-in-Residence Centre at Fool’s Paradise. Amanda wishes to thank the Elizabeth Greenshields Foundation for their continued support of her work, as well as the generous support of the Ontario Arts Council and the Canada Council for the Arts. 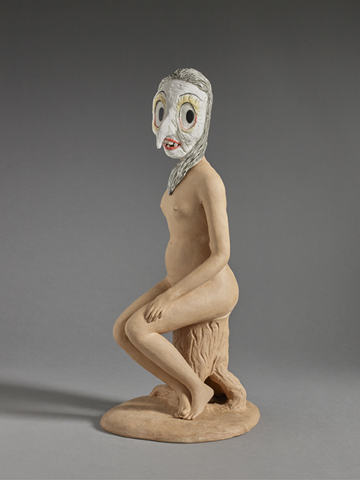 The Kitchener-Waterloo Art Gallery is honoured to be the recipient of the York Wilson Endowment Award, which funded the acquisition of Looney Tunes, a sculpture by Shary Boyle. This delicate terracotta maiden sporting a cartoonish witch’s features marks KWAG’s first acquisition of a work by this high-profile artist who represented Canada at the 2013 Venice Biennale, and the first sculpture by a woman artist to enter KWAG’s collection in over twenty years.

Awarded annually to a Canadian art museum or public art gallery through a highly competitive process, the York Wilson Endowment is administered by the Canada Council for the Arts and enables the purchase of a painting or sculpture by a living Canadian artist.

Boyle’s work consistently reminds us that making is a political act. Looney Tunes is representative of the qualities that have made Boyle’s so impressive in the last fifteen years: the ability to balance humanity with technical exactitude, a fearless commitment to feminist narratives, and a profound desire to see the social implications inherent in representation.

Looney Tunes is a type of woodland chimera; a seated figure combining the youthful body of a woman possessing the cartoonish face of a witch. This figure conflates the opposing roles occupied by women in most conventional fairy tales– the virtuous maiden and the wrathful crone. The body of the figure, left unglazed as if left unfinished, is a stark contrast to the vividly rendered face of the witch. Boyle’s balance of the demure with the grotesque invites rumination on an underlying fear of women in power.

Herein lies the power of Boyle’s legacy as an artist. Looney Tunes might be seen as a parable of the solitary woman, a trope within fairy tales that often signals a risk or a threat. Boyle, however, asserts that while her subject may be marginalized, rendered invisible or incomplete in the minds of others, her existence is an act of vigilance.

Shary Boyle lives in Toronto and works across diverse media, including sculpture, drawing, installation and performance. Collected and exhibited internationally, Boyle represented Canada with her project Music for Silence at the Venice Biennale in 2013. In 2017 her sculptures were featured at South Korea’s Gyeonggi International Ceramic Biennale, and in the Phaidon, UK publication Vitamin C: Clay and Ceramic in Contemporary Art. Boyle’s first public art commission will be installed Spring 2018 on the front grounds of the Gardiner Ceramic Museum in Toronto.