The Brain is wider than the Sky // Curated by Crystal Mowry 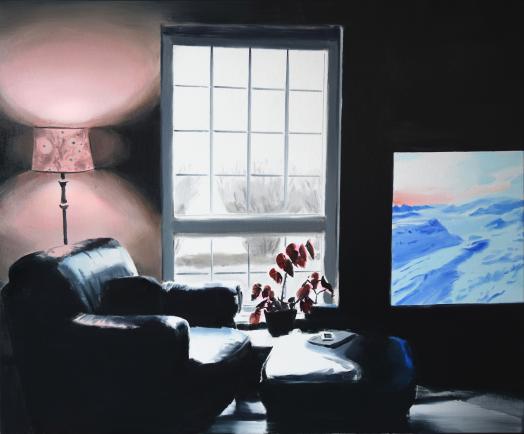 The lives of artists – whether they be poets or painters – often make for excellent legends. In the case of the American poet Emily Dickinson (1830 – 1886), reclusive and non-conformist tendencies allowed the writer to create distance between her own interests and an inquisitive public. Known within her local community as “The Myth,” Dickinson honed her craft on her own terms and largely for her own pleasure. It was only after Dickinson’s death in 1886 and the posthumous publication of her letters and diaries that readers would encounter a version of the human condition that was uniquely hers.

The Brain is wider than the Sky draws its inspiration from a poem of the same name penned by Emily Dickinson. In this concise verse Dickinson offers a list of juxtapositions that invite us to see the human imagination as an instrument of sublime capability. Premiering new work by artists based within Waterloo Region and Wellington County, The Brain is wider than the Sky proposes a shared cerebral space within the architecture of the gallery.

Correspondence is a central theme that is woven through each of the works included in this exhibition. For multidisciplinary artist Tara Cooper, installation is a practice parallel to that of the travelogue. Combining abstraction and fragmented nautical references, Cooper creates an archive of a place one can never truly know. The gap between memory and reality is tested in Žana Kozomora’s suite of new lens-based works, in which the artist returns to her childhood home in Sarajevo and reconsiders its context through a tourist’s perspective. Site and history are similar preoccupations for painter Amanda Rhodenizer. Through the use of figuration and staged interactions in vacation homes, Rhodenizer explores the distance – both physical and emotional – that separates her subjects. For Hyang Cho, a misdelivered letter inspired a new project wherein correspondence and translation are redefined. Drawing inspiration from “fraktur” – a form of illuminated folk art associated with the Mennonite traditions of her youth – Meg Harder proposes an epic narrative set along the banks of an infinite river. Making the awe-inspiring relatable, Aislinn Thomas gathers accounts of a contemporary celestial event that can be understood as a people’s history of the sublime. Seen together, the works in this exhibition offer a glimpse into the distinct worlds that may exist between the ears of other people.

The Kitchener-Waterloo Art Gallery gratefully acknowledges the financial support of the Region of Waterloo Arts Fund in our presentation of The Brain is wider than the Sky.

Event Type:
A guided walk through The Brain is wider than the Sky with artists Tara Cooper, Žana Kozomora and Amanda Rhodenizer

KWAG is closed effective from Tuesday 4 January due to the Province of Ontario's return to Step 2 of the Roadmap to Reopen. We look forward to reopening to the public on Tuesday 1 February. Thank you for your understanding.