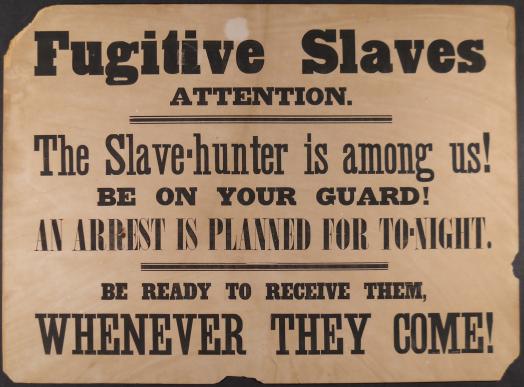 For more than twenty years, Deanna Bowen’s practice has evolved from its roots in experimental documentary video into a complex mapping of power as seen in public and private archives. Research and exhibitions are rarely mutually exclusive modes for Bowen, in part because her subjects are capable of revealing new perspectives over time. Whether it is through strategies of re-enactment or dense constellations of archival material, Bowen’s work traces her familial history within a broader narrative of Black survival in Canada and the United States.

On the centenary of the first-ever exhibition of the Group of Seven painters, KWAG will premiere Bowen’s Black Drones in the Hive, an interdisciplinary exhibition that reveals the strategic erasures which enable canons to exist without question or complication. The exhibition draws its title from a disparaging assessment of William Robinson, a local Black journeyman, as written by the Deputy Reeve of Berlin (now Kitchener) in the records of the Waterloo County House of Industry and Refuge (1869-1950)[1]. Combing local archives, KWAG’s Permanent Collection, historical publications, and wartime propaganda, Bowen weaves together narrative threads of labour, migration, dispossession, and militarization.

At the dawn of the 20th century, settlement – as both an encampment and a form of resolve – take on different implications for Black, Indigenous and European Canadians. Black Drones in the Hive has distinct ties to our regional history, most notably the erasure of Black settlements and anti-German sentiments during World War I which culminated in riots, the toppling of a local monument, and eventually spurred the renaming of the city from Berlin to Kitchener. In a year when overdue public conversations addressing the over-policing of Black citizens, the removal of monuments to men with vile politics, and a renewed call to rename our city have spurred us to redefine duty, Bowen’s exhibition illuminates the roots of a reckoning.

See Senior Curator Crystal Mowry's introduction to Black Drones in the Hive and its roots in our presentation of Deanna Bowen's work in our 2017 exhibition Carry Forward:

The second video in our series on Black Drones in the Hive focuses on two key works that demonstrate the ways in which white abolitionists represented Black lives in popular culture.

In our third video walk-through of Black Drones in the Hive, Crystal Mowry explains how the Eugenics movement shaped racist ideas and policies both locally and across Canada.

We were fortunate to partner with ART+PUBLIC to present a live virtual tour of Black Drones in the Hive on 18 May, 2021. With thanks to ART+PUBLIC, the full video of this virtual walkthrough with Deanna Bowen and Crystal Mowry is now available for viewing online:

Montreal-based artist Deanna Bowen makes use of a repertoire of artistic gestures to define the Black body and trace its presence and movement in place and time. In recent years, her work has involved a rigorous examination of her family lineage and their connections to the Black Prairie pioneers of Alberta and Saskatchewan, the Creek Negroes and All-Black towns of Oklahoma, the extended Kentucky/Kansas Exoduster migrations, and the Ku Klux Klan. The artistic products of this research have been presented at the Royal Ontario Museum of Art, Toronto (2017), the Art Museum at the University of Toronto (2016), the Institute of Contemporary Art at the University of Pennsylvania, Philadelphia (2015), McMaster Museum of Art, Hamilton (2014-15), and the Art Gallery of York University, Toronto (2013). Her works and interventionist practice have garnered significant critical regard internationally. She has received several awards in support of her artistic practice including a Canada Council New Chapter Grant (2017) Ontario Arts Council Media Arts Grant (2017), John Simon Guggenheim Memorial Foundation Fellowship (2016), and the William H. Johnson Prize (2014). She was part of a contingent of invited Canadian presenters in the Creative Time Summit at the 56th Venice Biennale in 2015, and her writings and artworks have appeared in numerous publications including Canadian Art, Transition Magazine, Towards an African-Canadian Art History: Art, Memory, and Resistance, TOPIA: Canadian Journal of Cultural Studies, PUBLIC Journal, North: New African Canadian Writing – West Coast Line, and FRONT Magazine. In 2020, Bowen was named one of eight winners of the Governor General's Awards in Visual and Media Arts, an annual award for outstanding contributions to Canadian creativity.

Watch Deanna Bowen in conversation with Senior Curator Crystal Mowry for our Artist Talk on Thursday 26 November. Artist Talks at KWAG are kindly supported by Momentum Developments and Sorbara Law.

[1] William Jaffray, A Day at the Waterloo Poor House, and What I Learned There, 45, quoted in “William Jaffray,” Waterloo County House of Industry and Refuge, November 28, 2016, http://waterloohouseofrefuge.ca/people/william-jaffray/.